It's been a bit since posting. With a little more focus on work, we're moving into crunch & OT on our next film "Epic". I've had a bunch of stuff going on.

Gropers are well into production, and are still on target for their mid-November release. I was able to attend my third NYCC this year, and I met a ton of really great people in the toy scene. It's great putting faces to the twitter names.  John "spanky" Stokes @spankystokes, Benny Kline @tenacioustoys, Rich Page @umetoys, Adam Pratt @s_a_monster, Carson Catlin @carsoncatlin to name a few. I also had the pleasure of briefly meeting George & Ayleen Gaspar @GeorgeGaspar & @AyleenGaspar and just wish I had a chance to talk to them a bit more and let them know how much I like their site.  (How's that for name dropping? )

In all seriousness, these are people I've seen and taken note of in my short time fumbling through this industry. I have to say they are some of the nicest and most welcoming people I have met so far. It made this year's NYCC really special for me.  Be sure to check each of them out, you'll find great people & some amazing work.

I want to show off some of my stuff in the hands of a few people in particular, and give some recognition to the folks who have helped me dive head first into making toys. I wish I had more pics of me with these guys. It always feels worse than it should asking for that awkward pic, like i'm some drooling buffoon who snuck backstage at a concert, and croaking out: "uhh, can I take a picture with you?!"

Spanky Stokes.  www.spankystokes.com
Spanky stepped up from day one offering help and sound advice. He's on top of this stuff, and won the DTA for best blog. It's jam packed with new content every day, to the point where I have to schedule time to keep up with it all...He runs a tight ship. He's also been at the front of the line when it comes to supporting Groper, and I really appreciate it.

Benny Kline & Tenacious Toys  tenacious-toys.blogspot.com
Benny is in the same boat as Spanky, offering advice, and his time filling me in on some of the ins and outs before my toy even got going. After meeting him at NYCC, I can tell he's in it for the love of it, and genuinely wants everyone around him to be involved. He's been another huge supporter of Groper, and it's been a tremendous help. I swung him a DIY version, and he had great things to say about it. After it being shown around at the tenacious booth, Adam Pratt picked it up to start customizing it on the spot. More on that later. Below is me talking to Adam when he was checking out Groper. 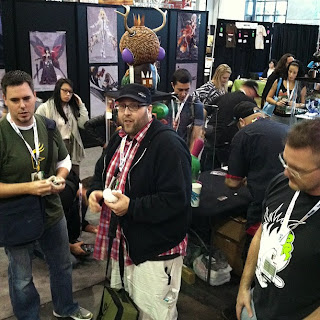 Rich Page @umetoys
My first official sale where merch and money changed hands, and then quickly turned into a trade. I picked up one of these for myself, and it quickly found it's way to my mantle at home. A sort of peace offering to my wife for unleashing me for ComicCon, and letting me spend stupid amounts of money. 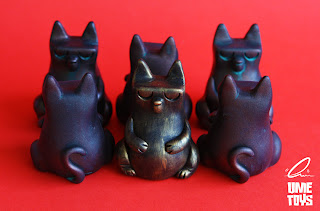 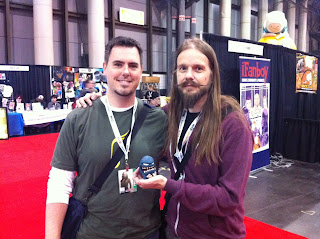 Now that I compare the markings, I actually think I have the same cat in the middle here. Love the style. Rich was SUPER nice, and was really looking forward to customizing Groper. It was great speaking with him, and I only wish I had more time to just hang out and chat. Maybe next year? Maybe he and I can collaborate on something in the future. Who knows!? Here are the pics of the customized Groper. As jacked up as his mouth is, I never pictured him bloodied. This came out great! 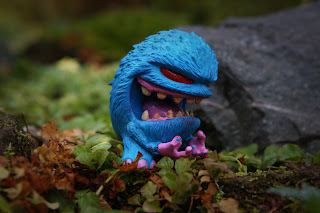 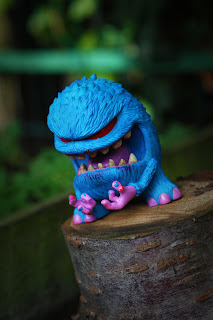 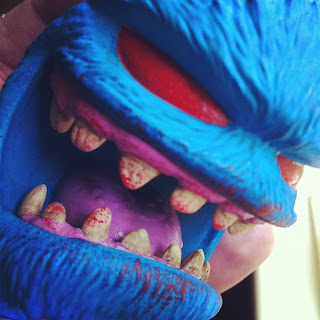 Adam Pratt @s_a_monster
He loves painting and customizing toys. And he's great at it. Again, just a straight up good guy, and a talented artist. I snagged a few pics, but will upload more as I get them. Here are some things I was checking out over his shoulder, and some shots of his Groper for TenaciousToys. Seeing him with pupils really freaks me out. (in a good way). 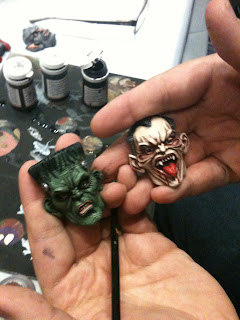 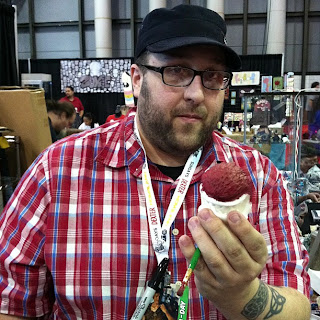 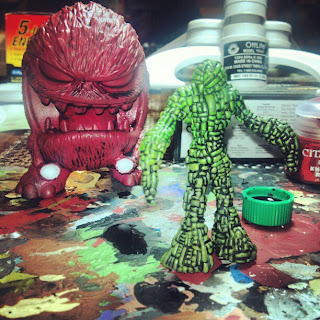 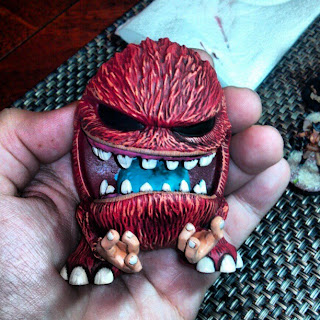 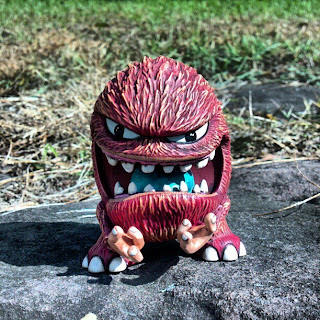 Carson Catlin @carsoncatlin  memakepretty.com
I just want to plug Carson's work. It's awesome. He's one of the people I wish I could have talked with more. Check out his work HERE. 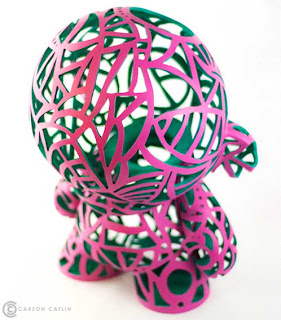 I mean, really?  This stuff is so good, it keeps me up at night. Here's one example, make sure to check out more!

CHECK YOU OUT NEXT YEAR, NYCC!